How often do you get upset or angry at your partner because they don’t seem to care about you? Or maybe you’ve had enough of their constant complaining and nagging. If you want to improve your relationship, then you need to change your attitude towards them.

The problem with being too sensitive is that it makes you overreact to things that aren’t even worth reacting to. This leads to arguments and misunderstandings between partners.

When you become overly emotional, you tend to take things personally. This means that you start thinking negatively about your partner and their actions. Instead of focusing on the positive aspects of your relationship, you focus on the negative ones.

Being sensitive in a relationship can be both beneficial and detrimental. It’s important to know how to manage your emotions so that you don’t take things too personally or become overwhelmed with hurt feelings.

If you find yourself getting upset by something someone says or does, try to step back from it and ask yourself if what they did was intentional. Was it done out of spite? Did they mean to offend you? Or were they just being careless?

The answer to these questions will help you decide whether or not you should react emotionally. If you think that you are justified in becoming upset, then you have every right to express your anger. However, if you feel like you’re going overboard, then you might want to consider taking a break from the situation until you calm down.

You may also want to talk to your partner about this issue. You could tell him/her how you feel and why you reacted the way you did. They may be able to offer some advice as well.

You may also want to look into counselling. A counsellor can help you learn how to deal with situations when you feel like you’re losing control.

Mindfulness is an important part of managing our emotions effectively – especially when dealing with difficult ones like anger, fear or sadness which tend to arise quicker than usual due to high levels of sensitivity in relationships (or any situation). The best way here would be to focus on breathing exercises which can help ground yourself back into reality before knee-jerk reactions set off negative cycles between partners & further complicate matters unnecessarily

Essential Tips to stop being so sensitive in a relationship:

1. Acknowledge Your Feelings: The first step towards managing your sensitivity is recognizing it and acknowledging the fact that you are feeling something. Take a few moments for self-reflection and try to identify what specifically triggered your emotional reaction.

It also means admitting that sometimes these reactions might be out of proportion with what actually happened – for example if someone didn’t mean any harm but raised their voice at you, don’t take this personally and get overwhelmed with emotion immediately; instead, try to stay composed by acknowledging what just happened without overthinking it further than necessary.

This will help you better understand why certain things affect you more than others, which will allow you to respond differently next time around.

2. Communicate Openly: Once you have identified the source of your feelings, it’s important to talk about them openly with your partner rather than letting them build up inside of you until they turn into resentment or anger later on down the road.

Talking through issues as they arise can help prevent misunderstandings from occurring and reduce any potential arguments between the two of you due to unspoken expectations or assumptions not being met by either party involved in the relationship dynamic.

3. Practice Self-Care: Taking care of yourself is also essential when trying not to be so sensitive, especially during times when you feel like you need to put extra effort into making sure you stay balanced.

Make sure you get enough sleep, eat healthy food (preferably organic), exercise regularly, and spend quality time with friends and family. These activities will help you recharge and reenergize so that you can continue to function at your best.

When it comes to relationships, being sensitive can be both a blessing and a curse. On the one hand, sensitivity allows us to show empathy and understanding towards others. But on the other hand, it can make us overly emotional and vulnerable when we feel hurt or rejected by our partners.

Sensitive people often find themselves in situations where they feel misunderstood or taken advantage of, and this can lead to frustration and disappointment. This can cause them to become defensive and shut down emotionally, which only makes the situation worse.

Take time each day (even if only 5 minutes) for self-reflection about how you react emotionally in general and especially towards your partner during arguments/disagreements etc. Consider why certain things that they do seem particularly upsetting/offensive compared to similar actions from other people. What makes them special enough for me to attach such strong feelings?

Once you start uncovering the reasons behind this heightened sensitivity level then begin trying different approaches next time something clicks off those triggers – like responding calmly instead of defensively or expressing yourself openly rather than bottling up everything inside until it all explodes eventually anyway.

All of these will help reduce overall tension between both parties while still allowing each person their own space & identity within the relationship as well!

4. Be Honest With Yourself About What You Want:  It’s okay to admit when you’re feeling hurt or angry. But it’s also important to understand that sometimes we feel these emotions because we care deeply about something.

If you’ve tried everything else to fix this problem, then maybe it’s time to consider therapy. Therapy can help you work through issues like depression, anxiety, relationship problems, and trauma. It can also help you deal with life transitions, like moving away from home or starting college.

When you’re honest with yourself about what you really want, you’ll be able to make changes that will benefit both of you.

5. Don’t Let Emotions Control Your Actions: Sometimes, we react emotionally to situations before thinking rationally. For example, if you find yourself yelling at your partner because she didn’t pick up her laundry, it’s probably best to stop and think about what you really want.

Instead of reacting impulsively, ask yourself questions like “Is my partner acting like this because she loves me? Or does she just hate doing laundry?”

So try to control your actions instead of letting your emotions control you.

6. Talk Things Out Instead Of Acting On Impulse: Talking things out is much healthier than lashing out. When you talk things out, you give both parties a chance to express themselves. And if you’re able to listen to each other, you’ll learn more about what’s going on inside your partner’s head.

Arguments usually end badly. And when you argue, you’re only making things worse. Try talking to each other instead of arguing.

If you want to change someone else’s mind, try changing yours first. Then ask them what they think. It might not work, but at least it won’t hurt.

Nothing brings us closer together than the pursuit of meaningful relationships 🤝✨ Does anyone else feel like living life a little more authentically? 💯 #connectionovereverything

7. Try Not To Judge People Who Are Different Than You: We all have different personalities and preferences. We all have strengths and weaknesses. And we all have quirks that set us apart from others. So rather than judging people based on their differences, focus on appreciating the qualities that make them special.

The world around us changes constantly. It’s important to embrace change because it makes life interesting. But don’t let this lead you into thinking that you should never try anything new. If something doesn’t work out, just move on. There will always be another opportunity to do things differently.

8. Learn How To Apologize:  Apologies aren’t always easy to say. But saying sorry is essential to maintaining a strong relationship. Learn how to apologize by practising with your partner. Ask your partner to tell you what he or she thinks you did wrong. Then, apologize for whatever it was you did.

[RELATED]>>  Unlock the 10 Secrets to Get Someone To Like You

The first step to apologizing is admitting that you made a mistake. If you don’t admit that you were at fault, then you won’t know where to start fixing things. Next, ask your partner if they want to talk about it. This will help them feel heard and respected. Finally, offer a sincere apology. Say something like “I am so sorry I hurt you. Please forgive me.”

9. Avoid Arguments By Talking Before They Start: If you notice yourself starting an argument, take a step back first. Think about whether there’s anything else you could say instead of arguing.

It may seem like a small thing, but it’s important to keep your arguments focused. Don’t ramble on and on about things that aren’t relevant to the topic at hand.

Always Keep Your Cool During Disagreements. When you’re in the middle of a heated argument, it’s tempting to yell and scream. But if you keep your cool, you might actually get somewhere.

Relationships require work. If you don’t spend enough time together, you won’t grow closer. You should never put someone down in order to make them feel better. This isn’t fair to either party. Remember That It’s Okay To Have Differing Opinions. Everyone has different opinions. And everyone has the right to hold those opinions.

Sometimes, real connections are far too precious and special to be taken lightly 💖🤍 Let’s cherish the importance of those meaningful relationships that go beyond the surface 🤝✨

It is important to remember that being sensitive in a relationship can be both positive and negative. If you are feeling overwhelmed and overly sensitive, there are some steps you can take to help yourself feel better.

Start by communicating your feelings with your partner and expressing why you’re feeling this way. It’s also important to recognize when you need some time alone or when it’s best to step away from the situation altogether.

Additionally, practising self-care will help reduce stress levels so that you can respond in healthier ways during disagreements or tough conversations. With patience and practice, you will be able to manage your sensitivity in relationships more effectively.

Negative thoughts only make you sadder. So stop thinking about the bad stuff! Instead, think about something positive. Think about how much fun you had together. Or think about how happy he/she makes you.

Negative emotions such as anger, jealousy, fear, sadness, etc., are all normal. However, these emotions can cause problems if we allow them to control our behaviour. For example, if you are angry, you might act aggressively towards others. If you are jealous, you might become suspicious of other people.

If you find yourself getting too upset over minor issues, try taking deep breaths. Focus on your breathing and let go of any negative thoughts. 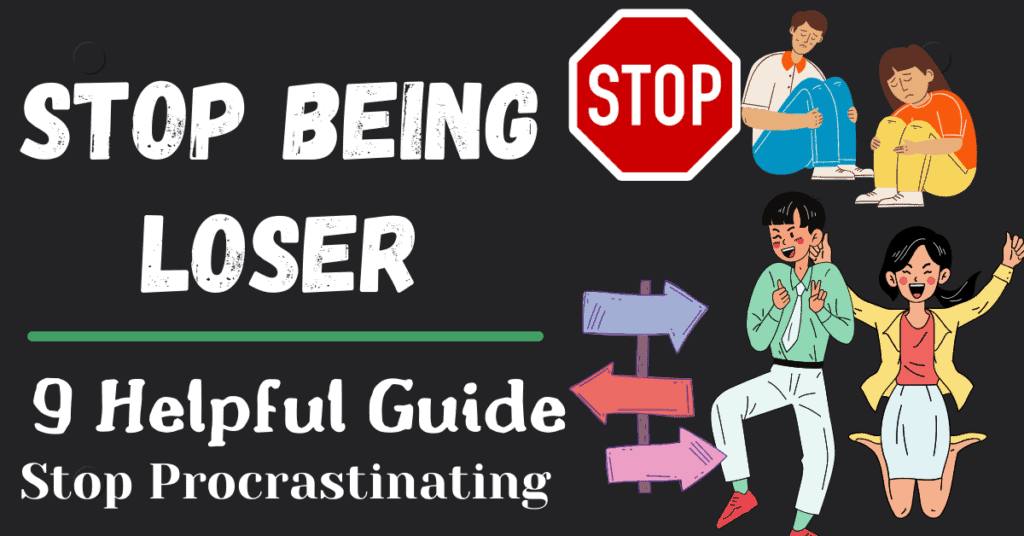 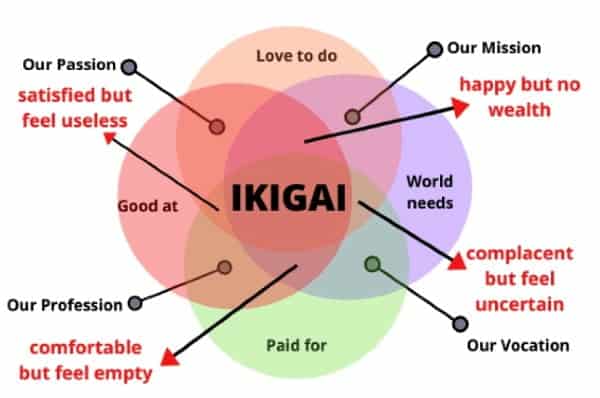 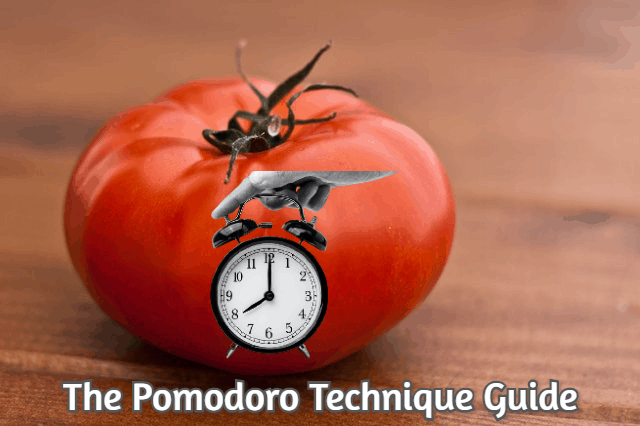